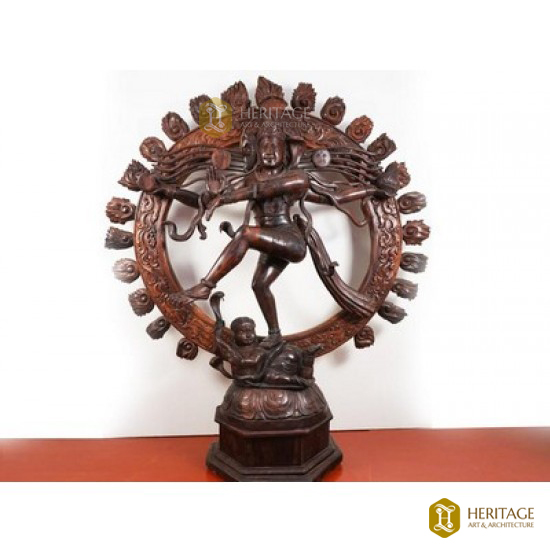 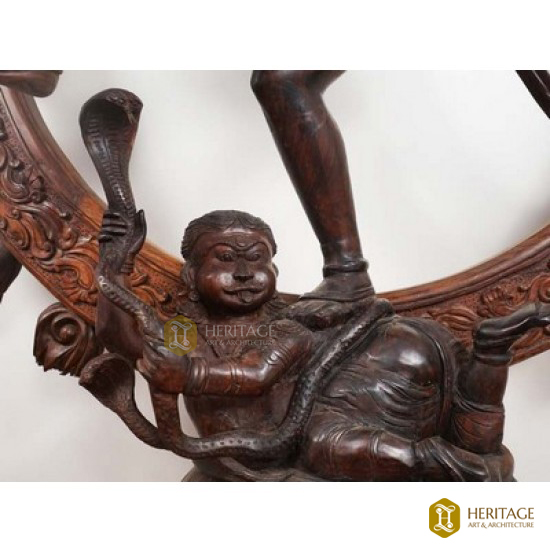 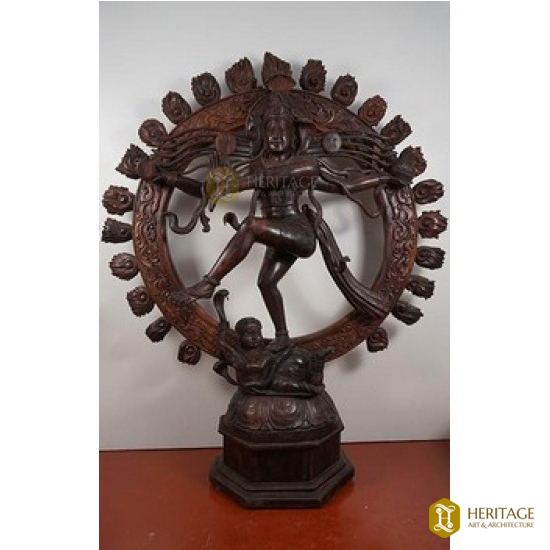 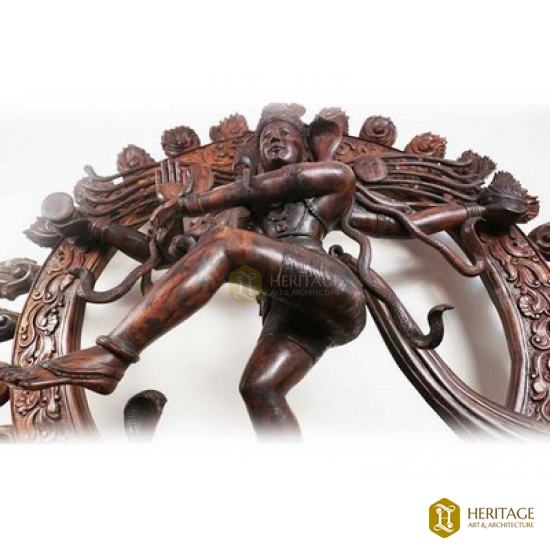 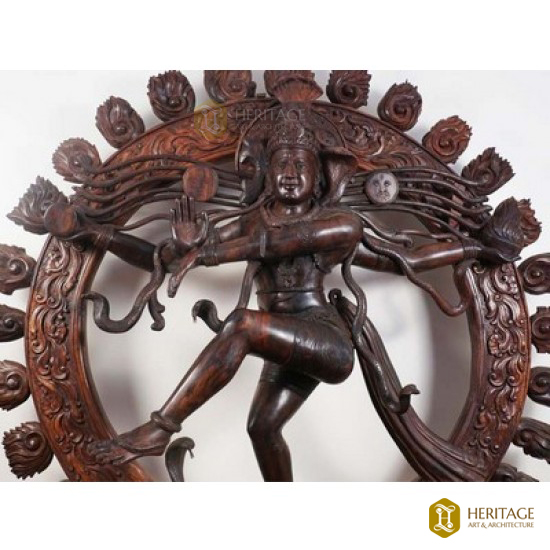 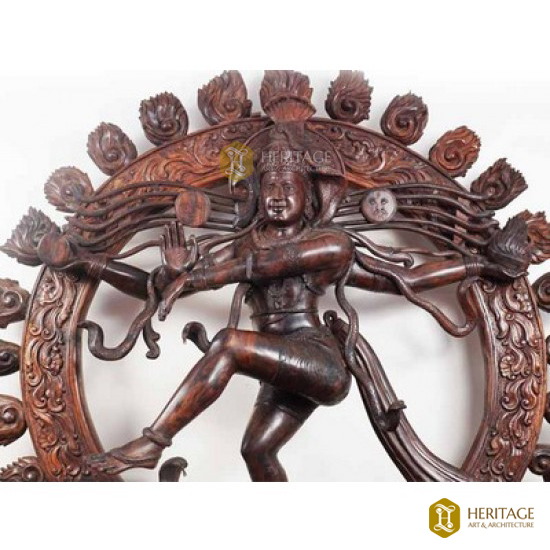 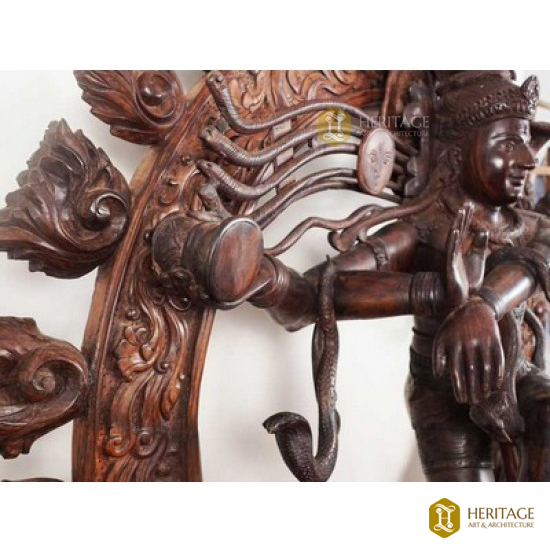 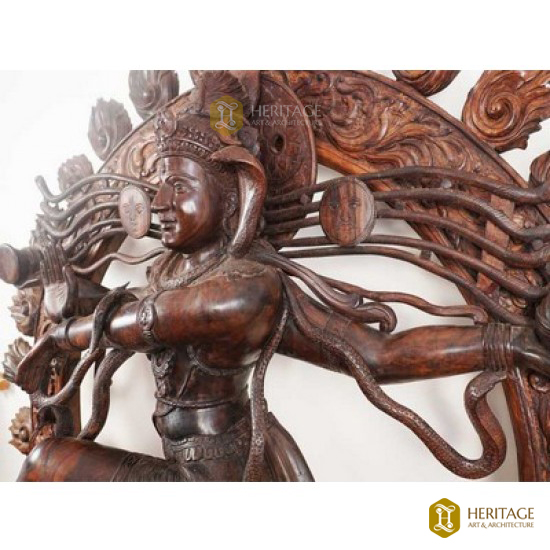 Possibly the most widely recognised Hindu artefact across the world, this is a depiction of Lord Shiva as Nataraja, the Supreme God of Dance. The two dance forms associated with this Supreme deity are the Tandava, the Dance of Destruction, and the Lasya, the dance of creation. Analogous to Yin and Yang, the two go hand in hand, for if creation must occur, something must be destroyed first. This antique rosewood statue has all the traditional elements associated with the representation of Shiva as Nataraja. First, is the circle of fire that frames the dance. It is representative of the full circle of life, and everything in existence. It is also representative of destruction. Within the fiery frame, is a circle of water, shown through the ripples carved on the solid wood, and corresponds to the Lasya, or the reconstruction as well as the the healing power of the goddess Ganga. He also holds a serpent, a king cobra, to represent life, and his eternal triumph over it; as well as the Hindu belief in reincarnation. His feet are places over Apasmara, the demon dwarf, representative of an unwillingness to learn, which Shiva seeks to beat out of the world. The most beautiful part of this statue, however, is the ease with which Shiva, the Lord of Dance, holds his posture, seemingly for all eternity, with the most peaceful expression crossing his features. This would be an incredible asset to any house, irrespective of beliefs or tradition.

Wild Rose Wood Nataraja Statue which is 8 ft tall is having an good carved and detailed finish. This tall nataraja is an excellent prabhavali in wood.

God Shiva is also known by the name ‘Sabesan’, which means the Lord who dances on the dais. Nataraja Statue can be seen in most of the South Indian Temples of which Thillai Nataraja Temple is most sacred of them all ,as the God Shiva is the prime divinity at this temple.
Nataraja is derived from a tamil word “Natiyam” which means dance and Raja means “King”, so together it means ” Lord of Dance “.

We at Heritage arts ,offer the Wooden replica of Nataraj statue which have the characteristics as follows.

Nataraja Statue is an artistic representation of God Shiva as a cosmic dancer who performs the divine dance to destroy universe and help God Brahma in creation process.