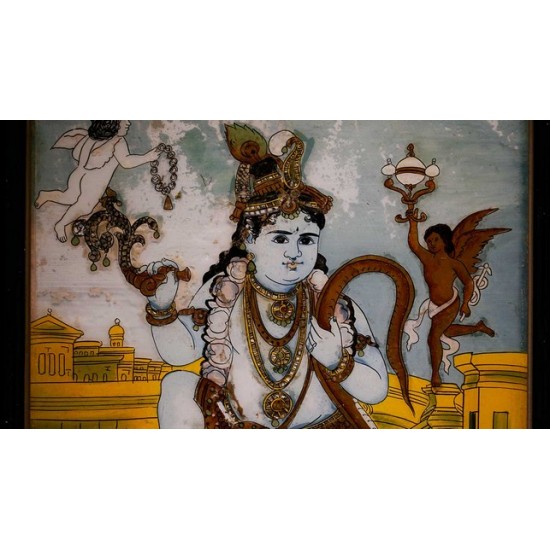 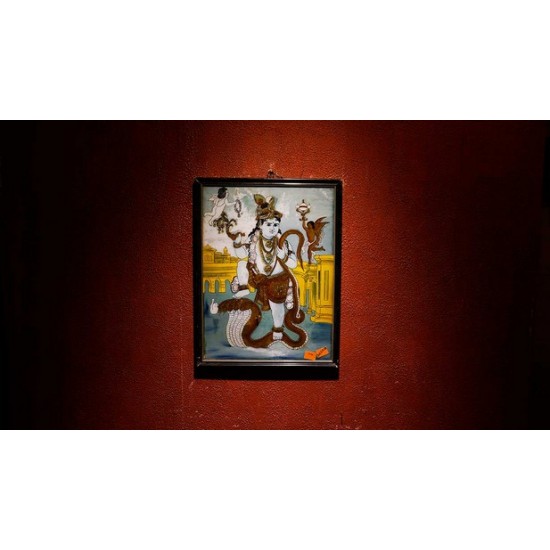 The story of Kalia and Krishna is a tale of epic proportions. Kalia was a snake who dwelled in the river Yamuna, whose poison made the river bubble with venom, death and disease. As a child, Krishna was playing near the river once, when he happened to fall in and get captured by Kalia. Defeating the snake by growing to a garanguatan size, Krishna then proceeded to dance a tandava on the serpant, coming close to killing him. It was then that Kalia's wives rose up in supplication to Krishna that he returned to his baby form and granted mercy to the serpant. This is the story that is depicted in this painting. Krishna is dancing to a cosmic beat upon Kalia's head. Using the Reverse Glass Painting technique, bright colors have been used to bring baby Krishnan to life.

Krishnan and his Gopis
Lord Krishna, according to Hindu Mythology, held particular reverence for the beauty of shepherd or cowherding girls. These women, in turn, worshipped..
$0.00
Ex Tax:$0.00
Add to Cart
Add to Wish List