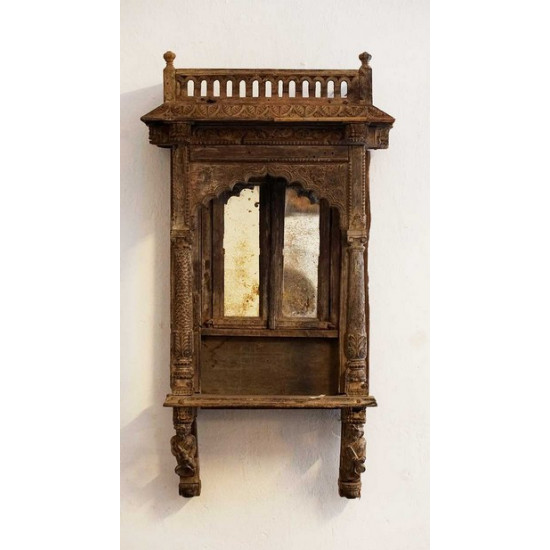 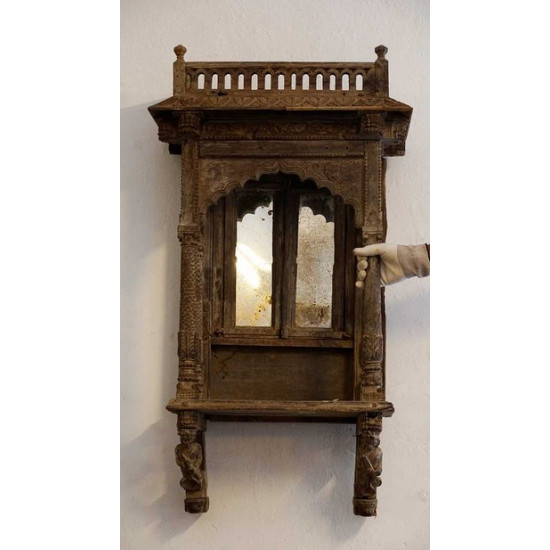 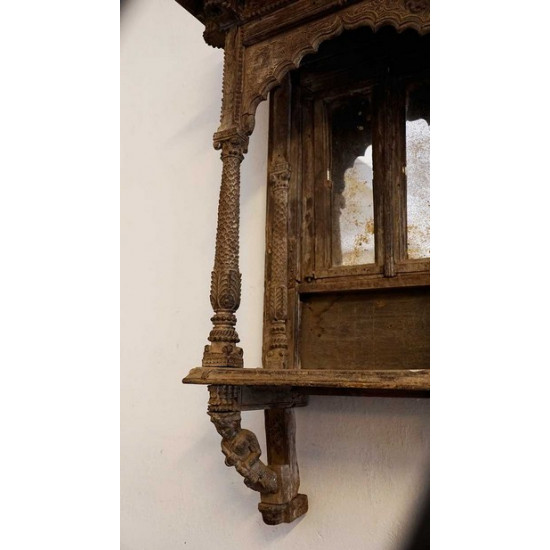 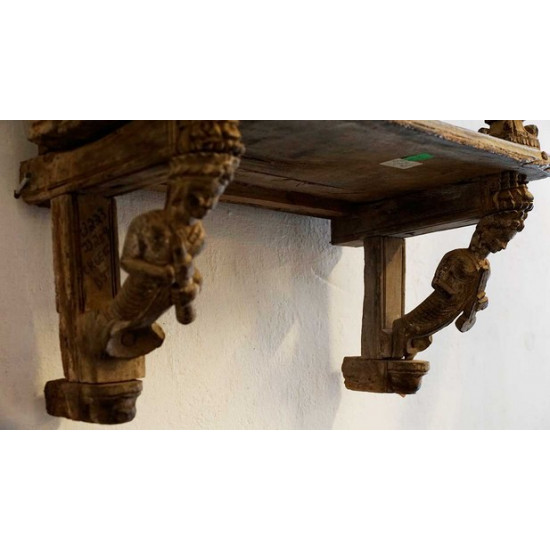 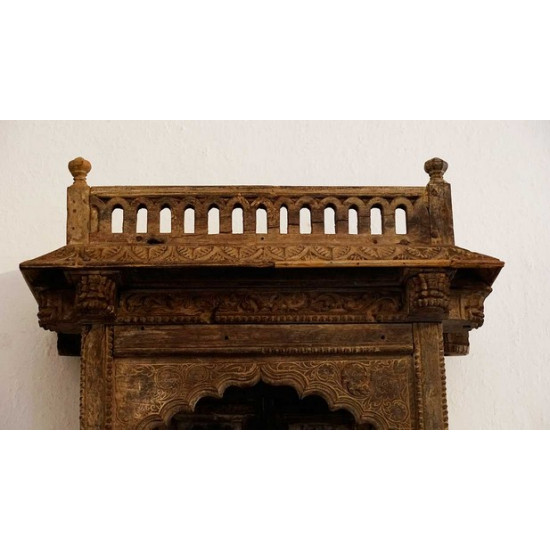 Reminiscent of Hawa Mahal, this beautiful palace artefact sourced from the land of kings is a wall mountable piece of ancient heritage. It is essentially a tiny window, known as a kilivaadhil in South India. It has shutters that are covered with outward facing mirrors, believed to be used to protect the honour of women within. The wood around the shutters are intricately carved, with a small platform in front of the opening. The window is one piece of a larger bunglow or palace; and this window itself reflects the same architecture of the larger structure. The carvings are all hand made, and depict a roof over the window, with a balcony like palisade, as well as slanted legs that hold the base up against the wall, all of which are covered with exquisite representations of Rajasthani culture. This is a truly royal take away that would be an artistic throwback to the bedouin times. 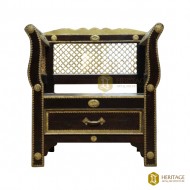 Antique style Royal Chair
This newly build royal chair gives a complete posh look to your living area because of its elegant antique design. Made of rosewood , this chair has..
$0.00
Ex Tax:$0.00
Add to Cart
Add to Wish List