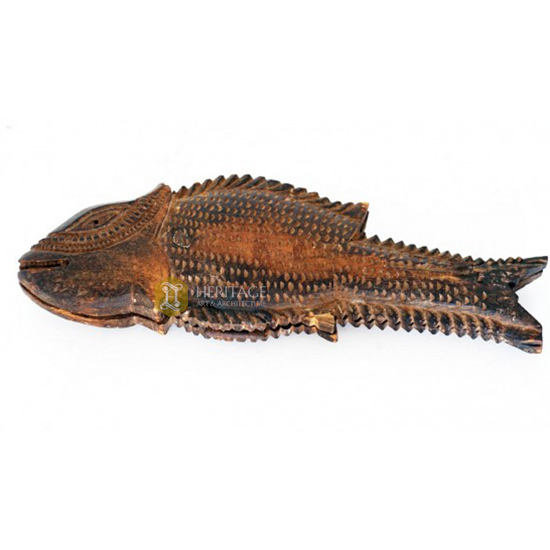 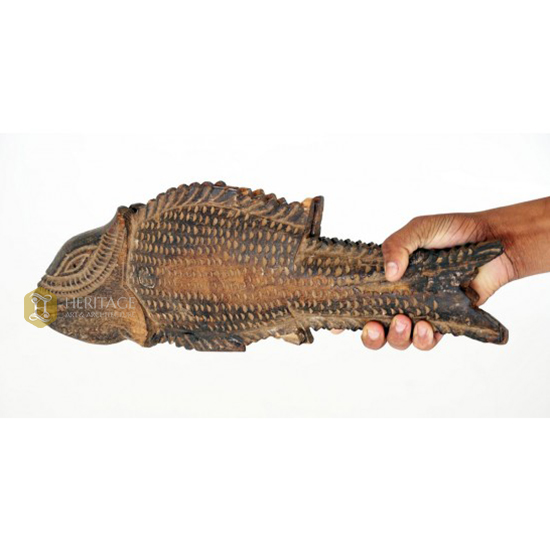 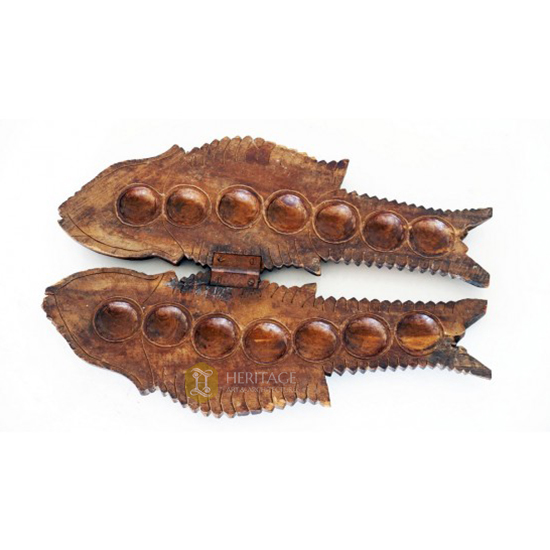 This is “Pallanguzhi” (palla- many; kuzhi-pits) – a game that children, maybe even grownups used to play about 100 years ago. It is a traditional game played in South India crafted of teak wood. You can see 14 round segments inside when it is opened. That segment plays the important role for playing the game.This 100+ years old fish shaped game board is the best example for the brilliance of handcrafting. Used by royal families then, the game is played by two players. As the game proceeds, each player distributes the shells or tamarind seeds over all the pits. The players may capture the shells, as permitted by the rules of the game. The rules of capture depend on the variant of the game played. The game ends when one of the players captures all the shells, and is declared as a winner.Treat yourself with this priceless antique item for you or for your little ones, from us!